back to top
You are here: Home / blog / Day Trip to Velez Malaga
Vélez-Malaga is the Capital of La Axarquía, and it is often simply referred to as Vélez. It is the centre of an agricultural region known for its strawberries and vineyards, which produce the muscatel grapes from which the famous Málaga wines are made.

The town was important in both Roman times, under the name of Menoba, and Moorish when as Ballix-Malaca (Fortress of Málaga) it had an important role in subduing what has always been a turbulent region. In 1487, Ferdinand conquered the town and the Christian flag was raised on the castle’s battlements as the Moors were ejected. This victory paved the way for the fall of the Nasrid city some five years later. There are also several remains of Phoenician cemeteries and tombs which testify to a still older history.

It is 13th Century and is the towns main feature, and has been well restored. The views of the surrounding countryside are great from where it is situated, and on a clear day you can see Comares sitting high up in the distance and even ‘Vine Ridge’ if you know where to look!!

The 15th-century church of Santa María la Mayor, whose beautiful sectioned tower still holds the minaret of the mosque that preceded it, is one of the many churches to be found in Velez. Inside Moorish archesseparate a triple nave and there is a stunning Mudéjar ceiling. This church was the first building to be erected by the Christians, following their victory over the Moors.

A rainy November day and then the sun comes out! 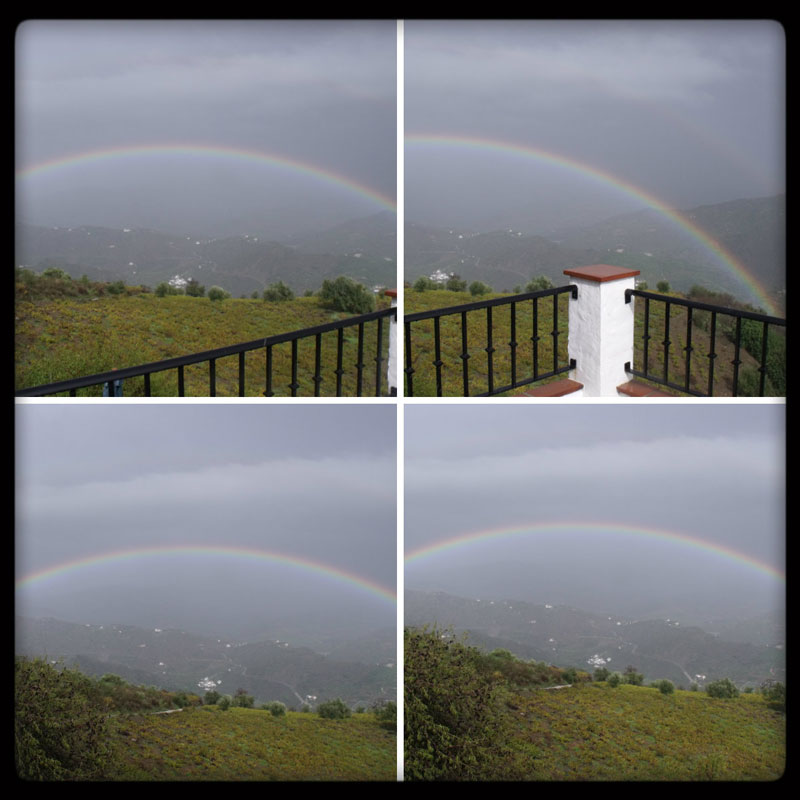 Last Sunday 26th February, we set off from Vine Ridge for a walk to meet friends at Bar Ortega. We took our 2 faithful companions, Charlie and Bruno with us. The sun was shining as we set off down the concrete track and then headed left to wind our way down through the Olive and Lemon groves. Charlie and Bruno were in their element, dashing about like mad things! 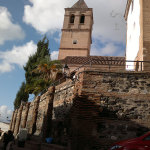 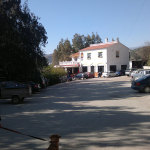 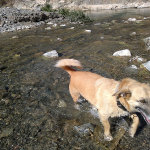 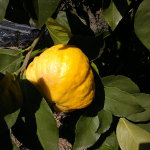 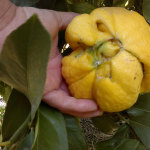 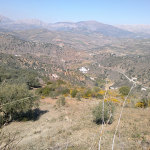 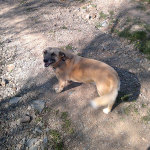 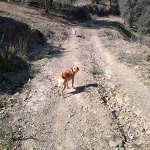 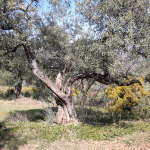 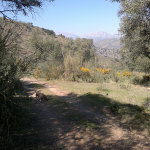 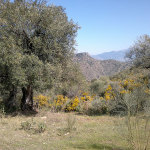 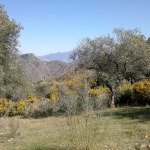 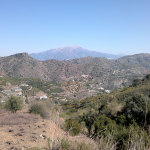 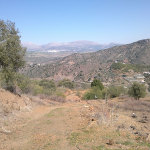 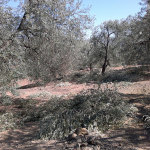 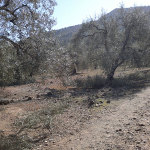 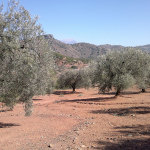 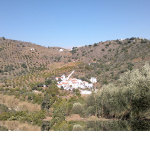 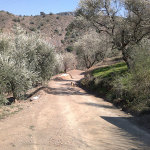 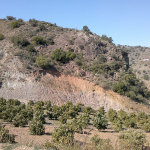 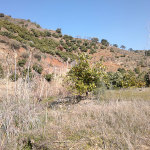 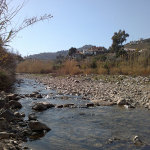 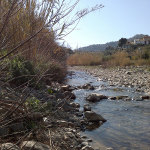 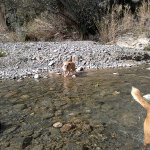 The well kept Olive groves were wonderful and the pruning has already begun.

We ended up on the river bed, and although this winter there has been very little rain, there were a few places that were tricky for David and I to cross. We did manage to get across the water with the help of a few well placed rocks, but alas I still slipped and got my feet soaking wet! Meanwhile Charlie and Bruno were loving running in and out of the water getting totally covered in mud!

We then made our way up to the main road, where we had about a 15 minute walk to reach our destination. Charlie and Bruno were less than happy to have to be put on leads!

When we got to the Bar a beer and a shandy were very well appreciated!

Local residents came out for the night of the 3 Kings on the 5th January.

January 6 – Dia de Los Reyes in Spanish – is virtually as important as Christmas itself in Spain, especially for kids, as this is the day when they get their presents! The fun starts the evening before, when the three kings lead their procession through the streets, throwing sweets to the children. The next morning, the children wake up to find their presents have been left overnight.