back to top
You are here: Home / Places to See / Malaga

Malaga is both a city and a municipality belonging to the Autonomous Community of Andalusia, Spain. It is the 2nd most populous and 6th largest Spanish city. It lies on the Southern tip of Spain and northern part of the Mediterranean Sea.

Tourists often flock to Malaga any time of the year because it boasts to have the warmest winters in Europe. With a subtropical-Mediterranean climate, you can enjoy plenty of sunshine the whole year round.

Malaga is one of the oldest cities worldwide. When you step foot into this bustling city, you get to witness 3,000 years of rich history dating back to the 700 B.C.

Remnants of previous eras including Phoenicians, Romans, Arabians, and Christians are still much evident and depicted all over the city square. Right now, Malaga has even been nominated to be the European Capital of Culture.

Moreover, famous figures like the great painter and sculptor Pablo Picasso and the famous actor Antonio Banderas were both born in Malaga. 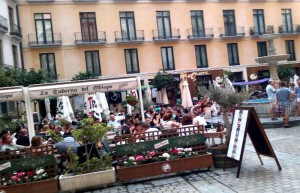 Malaga has numerous architectural remains that illustrate its rich and long history.

If you enjoy great architectural marvels that have stood the hands of time then strolling through Malaga is an activity that you will surely enjoy.

A few of its most popular spots are the birthplace of Pablo Picasso and the Museo Picasso Malaga. Here, you will get to witness how a simple young man turned into a famous and gifted artist revered by numerous people worldwide.

Several other spots to enjoy are the Roman theatre, The Church of Santiago which shows Christian and Islamic designs and the baroque designs of the Cathedral and Episcopal Palace. You might also want to wander into the Historic Anglican Cemetery which was the first ever Protestant cemetery in Spain. 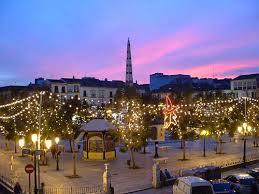 3 major events held in the city of Malaga is the celebration of the Holy Week, August Malaga fair and Malaga Film Festival.

Depending on what you like to enjoy and whether you like crowds, scheduling your vacation during this festivals can make your stay much more worthwhile and memorable.

Because of its location (a bustling city with a great coastline), there are a lot of sporting activities to enjoy in Malaga.