back to top
You are here: Home / Places to See / Morocco 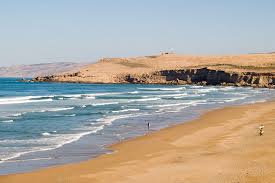 Morocco is a country in North Africa with coastlines on both the Mediterranean Sea and the North Atlantic Ocean.

It is bordered by the Spanish North African territories on the Mediterranean coast to the North and lies just across the Strait of Gibraltar.

Its full name in Arab means the “Western Kingdom” and this culturally rich nation is the third most populous Arab country.

From the immense space and solitude of the Sahara to the walled imperial cities with bustling souks and grand palaces, anyone who visits Morocco will always be fascinated. It is a land rich unforgettable places and natural beauty that are both mesmerizing to visit and intriguing to explore.

Immerse in Culture and History

There are hundreds of palaces, mosques and historical sites to visit in Morocco. Some of the most famous include the Grottoes of Hercules, ancient city of Asilah and the El Bahia Palace.

There are also wide choices of museums throughout the country. The Museum of Antiquities and the Museum of Moroccan Art houses unique collections of exquisite carpets, pottery, jewellery and ancient manuscripts.

Go on an Adventure

The Moroccan landscape has several famous destinations such as the Sahara Desert which you can explore through a 4X4 or with a camel. You can also spend the night in a bedouin tent in the dunes, or a luxury tent at the Auberge Kasbah Tombouctou.

Equally memorable are the mountain ranges of the High Atlas, Oregano Mountains and Chefchaouen Mountains. Outdoor activities such as skiing, hiking and climbing can be done through these mountain ranges.

Relax in Seaside Towns and Beaches

The Moroccan coast is also home to spectacular beaches such as the Plage Quemada and Lalla Fatma.

The charming fishing village of Dakhla is also worth a visit and is a great place for a peaceful and relaxing holiday.

If you enjoy live performances, Morocco has numerous theatres that present modern Moroccan plays filled with tradition and folklore to translated and reworked productions of western classics like that of Shakespeare.