back to top
You are here: Home / Places to See / Nerja 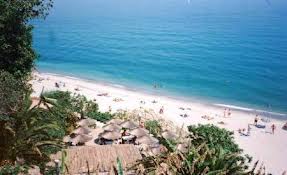 You will find Nerja an hour and a half ride from Granada and 50 km from Malaga. This part of Costa del Sol is well known as the tourist capital of Axarquia.

Nerja is often referred to as a tourist haven because it lies between small coves and stunning mountain sceneries. In fact, about 30% of its population is foreign and of mostly British residents.

The town of Nerja has quite a long history dating back to prehistoric times. Traces of ancient inhabitants are evident on the primitive paintings found along the walls of the famous Nerja caves. These caves are believed to be one of the entrances into the many miles stretching within the Nerja and Granada mountains. It is a series of caverns that stretches over 5 km long. It is also thought to be one of the most unexplored and extensive systems in Europe.

Later evidences of Roman, Moorish and Christian settlement can be clearly seen within the village with its old historical structures and designs.

Part of Nerja’s charm is the rustic village life that it offers tourists, getting them away from the hustle and bustle of the city.

In addition, the 13 kilometers stretch of beach attracts even more tourists all year round. 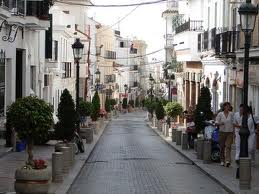 With its narrow streets, the best way to explore Nerja is by foot.

Start at the Balcon de Europa, where you get to witness stunning views of the Mediterranean Sea. To the side of the La Baleria is the baroque-mudejar style El Salvador church which was built in the 17th century. 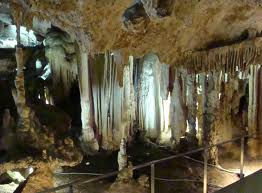 You may also want to visit and explore the astounding Nerja caves. Because it forms a natural amphitheater, concerts are often held on one of its main chambers which you would be very lucky to see.

There are numerous activities that can be done outdoors in Nerja. Nature lovers can camp on the camping sites of the countryside or in the camping zones in the parkland.

Aside from enjoying and swimming in the beach, other activities available in this village include fishing, water bikes, canoeing, waterskiing, scuba diving , paragliding, horseback riding, cycling and so much more.