back to top
You are here: Home / Places to See / Portugal 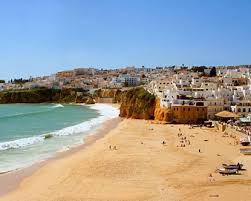 Portugal is the westernmost country of Europe and is bordered by Spain to the north and east.

The country’s proud history can be felt everywhere from its medieval castle to picture perfect villages scattered over coastlines and flower-covered hillsides.

Cities with colourful medieval villages, ancient castles and romantic palaces, rich architectural heritage as well vast coastlines with constant sunshine has made it one of the most rewarding travel experiences in the world. In fact this small European destination is on the top 20 of the world’s most visited country.

Even for such a small country, there are an unlimited things to do and places to visit in Portugal.

Although it is not any more the Iberian Peninsula’s best kept secret and hoards of tourist visit the country yearly, it is still fairly easy to escape the crowds. A walk across the countryside or a short bus ride toward nearby towns reveal rarely visited places that leave you with a feeling of discovery. 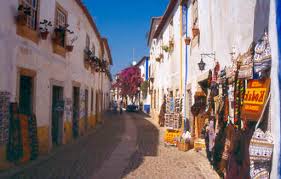 It’s quite impossible not to be enchanted by Portugal’s medieval villages which have been perfectly preserved.

Villages such as Obidos, Marvao and Monsarez take you back in time and make you want to scale the walls of ancient castles and wander around the extravagant palaces. Most of these castles have been converted into hotels so you can live like a king amidst lavish furnishings and designs.

Each castle has its own history with stories of tragic love affairs and epic battles.

Other great places to seen in Portugal are the world heritage monuments in Batalha and Alcobaca.

Escape to the Coast

Surrounded by the sea in almost all its entirety, Portugal beaches are well worth a visit. It has the most annual sunshine hours and the best beaches in the European continent. A lot of activities are offered which include surfing, wind surfing, kite surfing and even beach aerobics.

One of the best things in Portugal is that you can always find a secluded beach to yourself even with the large amounts of tourist influx in the country – just head to the Alentejo coast or to a secluded cove in Algarve. 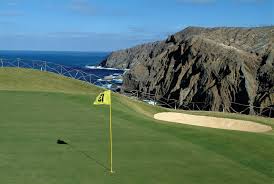 Portugal is considered to be a golfing haven. It was named the “Best Golf Destination 2006” by a British publication and 14 of its courses are rated the top 100 best golf courses in Europe.

If you are a golf enthusiasts, Portugal would be the ideal place to learn the game or perfect your techniques. Many of the resorts offer courses with professional golf players to satisfy even the most demanding golfers.