back to top
You are here: Home / blog / Work for board exchange at Vine Ridge : Starters Swedes 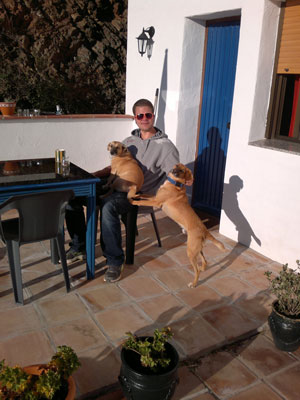 For the first time since we started Vine Ridge Retreats 4 years ago we decided it would be great to have some off season help, this idea was inspired partly by my fellow walker John, who in his own business he used to own was something he participated in and exchanged accommodation for work and often had helpers turn up at his organic fruit farm in Scotland and help out.

Hence we signed on to a couple of websites and have had an amazing reaction from all sorts of potential helpers, all different ages and nationalities.

We settled on a Swedish guy called Jeff, he was currently in Malaga, so it seemed realistic to dip our toes in the water, offer him our pool side studio and get him to work on the grounds, it was nice to see that he was enthusiastic and not only took to the jobs in hand with a great attitude but also appeared to love the environment at Vine Ridge, he loved the views, grounds and learning about the Olive, Almonds and Vines.

The local village of Comares gave him a break from Vine Ridge and he found it easy to survive with banks, supermarket and local bars all accessible.

After just short of 2 weeks we said our goodbyes and Jeff set back off to his home country which unlike this part of Spain, does not reach minus figures on the temperature gauge which is I think according to Jeff, the reason that many Scandinavian folks take winter breaks in Andalucia.
Thank you for your help Jeff and hopefully one day we will see you back at Vine Ridge to see what the fruits of your labour have achieved. 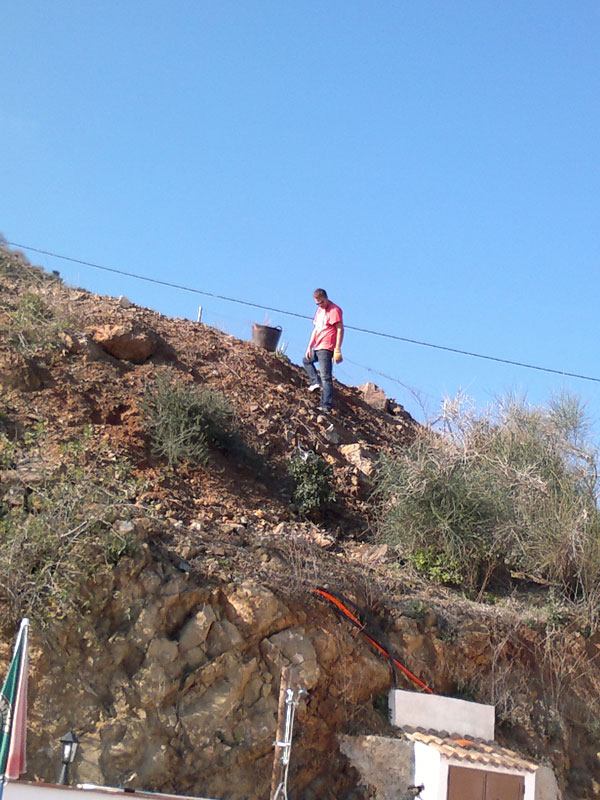